Jack Farthing is a British actor. He is best known for his roles as Freddie Threepwood in the British comedy television series Blandings, and as George Balfour in the 2014 British drama film, The Riot Club. He has performed at the Royal Court Theatre and had a small role in the period drama ‘Dancing on the Edge’. He also played Dan in the 2015 British black comedy film, Burn Burn Burn. In 2015, he began starring as antagonist banker George Warleggan in the British historical period drama television series, Poldark. Born in London, United Kingdom, on May 15, 1987, he attended Westminster School and the Hall School, Hampstead, where he got into acting. Following his high school graduation, he studied History of Art at St Catherine’s College, Oxford, followed by London Academy of Music and Dramatic Art, London, England. 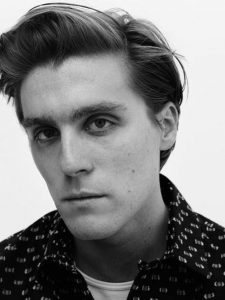 Jack Farthing Facts:
*He was born on 14th October, 1985 in London, England, UK.
*He lived in a cottage in the grounds of Crom Castle in Northern Ireland while filming Blandings.
*He was cast in a BBC adaptation of P.G. Wodehouse’s Blandings with Jennifer Saunders, David Walliams and Timothy Spall.