Kris Jenner is an American television personality, author, socialite, television producer and businesswoman. She came to prominence after being cast in the reality television series, Keeping Up with the Kardashians. She is the mother of Kim Kardashian, Khloé Kardashian, and Kourtney Kardashian. Born Kristen Mary Houghton on November 5, 1955 in San Diego, California, USA, to Mary Jo Shannon and Robert Houghton, her father was an aircraft engineer, and has one younger sister named Karen. She belongs to Dutch, English, Irish, German and Scottish descent. She is a 1973 graduate of Clairemont High School. She married Robert Kardashian on 8 July 1978. After having four children: Kourtney, Kim, Khloé and Robert, they divorced in 1991. She then married former Olympic decathlon champion Bruce Jenner (now identified as Caitlyn Jenner) in 1991, but they divorced in 2015. They had two daughters, Kendall and Kylie. In 2014, she began dating Corey Gamble. 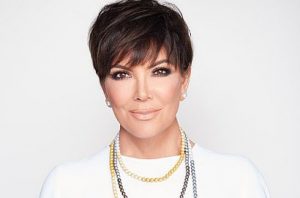 Kris Jenner Facts:
*She was born on November 5, 1955 in San Diego, California
*Her parents divorced when she was seven years old, and her mother remarried to businessman Harry Shannon.
*She is the grandmother of Penelope Scotland Disick, Mason Dash Disick, and North West.
*She used to work as a flight attendant. (1976)
*In 2003, her first husband, Robert Kardashian died of esophageal cancer.
*She was best friends with Nicole Brown Simpson at the time of her death.
*Follow her on Twitter, Facebook and Instagram.