Jack Nicholson is an American actor and filmmaker whose career spanned more than 50 years. His notable film appearances include: the road drama Easy Rider, the drama Five Easy Pieces, the psychological drama One Flew Over the Cuckoo’s Nest; the comedy-dramas Terms of Endearment, As Good as It Gets, and About Schmidt; the neo-noir mystery Chinatown, the horror film The Shining, the superhero film Batman, the legal drama A Few Good Men, the comedy Anger Management, the romantic comedy Something’s Gotta Give, and the crime drama The Departed. He has also directed three films, including The Two Jakes, a sequel to Chinatown. Nicholson is one of only six performers to have won three Academy Awards in the acting categories, and is the most nominated male performer in the acting categories, with a total of 12 nominations. His other major competitive awards include a Grammy Award, three BAFTA Awards, and six Golden Globes. He was also the recipient of the Cecil B DeMille Award at the 1999 Golden Globe ceremony. He is also a Kennedy Center Honoree and a recipient of the AFI Life Achievement Award and the Golden Globe Cecil B. DeMille Award.

Born on April 22, 1937 in Neptune City, New Jersey, to Donald Furcillo and June Frances Nicholson, he graduated from Manasquan High School in Manasquan, New Jersey, where he was voted “Class Clown” by the Class of 1954. 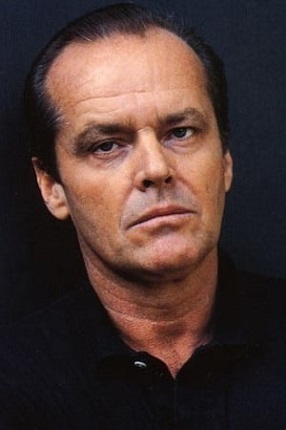 In 1962, Nicholson married fellow actress Sandra Knight, with whom he had worked on The Terror. They have a daughter named Jennifer. They divorced in 1968. Nicholson dated actress Anjelica Huston for sixteen years, from 1973 to 1989.

Jack Nicholson Facts:
*He was born on April 22, 1937 in Neptune City, New Jersey, United States.
*He made his film debut in The Cry Baby Killer (1958).
*He has won three Academy Awards, for As Good as it Gets, One Flew Over the Cuckoo’s Nest, and Terms of Endearment.
*He is a lifelong devotee of Louis Armstrong and Bob Dylan.
*He is good friends with WWE Hall of Famer George ‘The Animal’ Steele.
*He is a huge fan of the New York Yankees and Los Angeles Lakers.