Jack Reynor is an Irish-American actor. He is best known for his starring roles in the films What Richard Did, Transformers: Age of Extinction, Glassland, Macbeth, Sing Street, and Midsommar. From 2018 to 2019, Reynor starred as Jack Parsons in the CBS All Access streaming series Strange Angel. Born on January 23, 1992 in Longmont, Colorado, Reynor’s mother, Tara O’Grady, is a human rights activist. He moved to County Wicklow, Ireland, when he was two, and was raised there by his mother and maternal grandparents, Pat and Damien Reynor. He has a younger brother and sister. In March 2014, Reynor became engaged to his partner Irish model and actress Madeline Mulqueen. 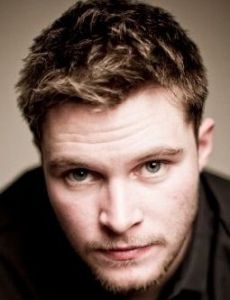 Jack Reynor Facts:
*He was born on January 23, 1992 in Longmont, Colorado, USA.
*He has been a fan of Marion Cotillard since he was a kid when he saw her in Taxi (1998).
*He is a dual Irish/American citizen.
*He is good friends with actor Michael Fassbender.
*Follow him on Twitter and Instagram.