Jonathan Torrens is a Canadian actor, television personality and writer who co-hosted CBC Television’s teen-oriented consumer affairs series Street Cents from 1989 until 1996. He is also known for his talk show Jonovision, and his role as “J-Roc” in the popular Canadian mockumentary Trailer Park Boys. In 2008, Torrens starred as Jim Macmichael in the award-winning short film Treevenge, directed by Jason Eisener. In October 2009, he began hosting his own television show called TV With TV’s Jonathan Torrens on Canadian specialty network TVtropolis. Torrens has also had regular roles in the television series Game On, Mr. D, Call Me Fitz, and Letterkenny. Born Jonathan Ormond Torrens on October 2, 1972 in Charlottetown, Canada, he grew up with his half-sister Jackie Torrens. He was educated at Sherwood Elementary School, Charlottetown Rural High School, and St. Patrick’s High School. From 1996 to 2001, Torrens hosted his own sketch/talk show Jonovision, for which he earned seven Gemini Award nominations, including Best Individual Performance in a Comedy Series and Best Comedy Series. He is married to Carole Torrens with whom he has two daughters, Sugar-Daisy and Indigo. 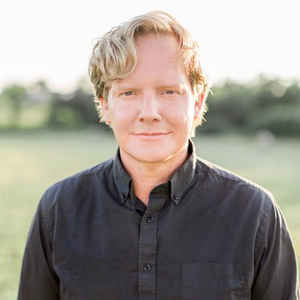 Jonathan Torrens Facts:
*He was born on October 2, 1972 in Charlottetown, Canada.
*His sister is actress and playwright Jackie Torrens.
*He hosted his own sketch/talk show Jonovision from 1996 until 2001.
*Follow him on Twitter, Facebook and Instagram.