James Argent is a British television personality, best known for appearing on the series The Only Way Is Essex from 2010 to 2018. He has also performed in such reality series as All Star Family Fortunes, Sugar Free Farm, Gemma Collins: Diva Forever and The Jump. In 2019, Argent presented the entertainment segment on Good Morning Britain. Born James David Thomas Argent on December 5, 1987 in Waltham Forest, England, to parents Martin and Patricia Argent, he has a sister Natasha and brother Mark. In 1992, Argent moved with his family to Essex and attended Trinity Catholic High School in Woodford. He was in a relationship with Lydia Bright (2009-2012, 2015–2016), and Gemma Collins (2017–2019). 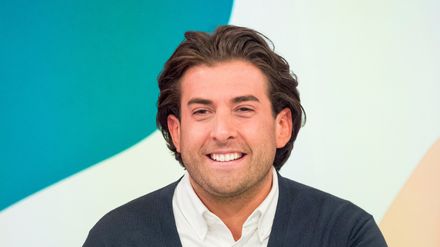 James Argent Facts:
*He was born on December 5, 1987 in Waltham Forest, England.
*He was educated at Trinity Catholic High School in Woodford.
*He starred in the ITV2 reality series The Only Way Is Essex.
*In 2016, he appeared in Channel 4’s The Jump and ITV’s Sugar-Free Farm.
*Follow him on Twitter and Instagram.