Bobby Norris is an English television personality, best known for appearing in the ITVBe reality series The Only Way Is Essex (TOWIE). He has appeared in other reality series, such as Celebs Go Dating, Celebrity Ghost Hunt and Celebs on the Farm. Norris has also hosted live TV shows including Trending Live and 4 Music as well as being a guest Co-host on Virgin Radio. 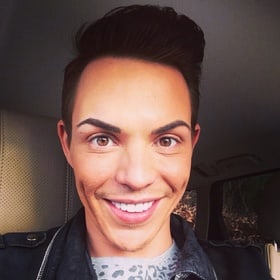 Bobby Norris Facts:
*He was born on August 22, 1986 in England, United Kingdom.
*His mother name is Kym Norris.
*In 2012, he began appearing on the ITVBe reality series The Only Way Is Essex.
*In 2014, he launched a personally designed fashion range.
*He took part in Celebs on the Farm in 2018.
*He is openly gay.
*He is an animal lover and often works for charities and causes to that effect.
*Follow him on Twitter, YouTube, Facebook and Instagram.