James Arthur is a British singer and songwriter who won the ninth series of the UK competition show The X Factor in 2012. He released his debut single, “Impossible,” by Syco Music, which topped the UK Singles Chart in its first week of release. Arthur won a BRIT Award for the single. Born James Andrew Arthur on March 2, 1988 in Middlesbrough, United Kingdom, to a Scottish father, Neil Arthur, and an English mother, Shirley Ashworth, he has four sisters and one brother. He started writing and recording songs when he was 15 years old. He won the ninth series of The X Factor in 2012 and released “Impossible” as the winner’s single. 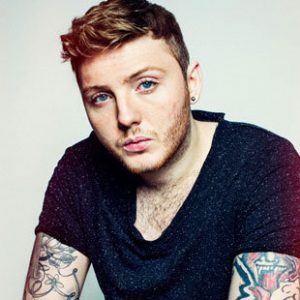 James Arthur Facts:
*He was born on March 2, 1988 in Middlesbrough, United Kingdom.
*He is of Scottish descent on his father’s side, and of English descent on his mother’s side.
*He won the season nine of the UK competition show The X Factor in 2012.
*His hit single “Impossible,” sold over 1.3 million copies.
*Visit his official website: www.jamesarthurofficial.com
*Follow him on Twitter, YouTube, Facebook and Instagram.