James Spader is an American actor born in Boston, Massachusetts. He is best known by the public for his roles in the films Sex, Lies, and Videotape. He has also played prominent roles in the films Crash, Stargate, Lincoln and Pink. For his role as snarky lawyer Alan Shore on Boston Legal, he received three Emmy Awards. He is also known for his voice work in the 2015 blockbuster film Avengers: Age of Ultron. Born as James Todd Spader on February 7, 1960 in Boston, Massachusetts to Stoddard Greenwood Spader and Jean Fraser Spader, he is the youngest of three children. His first film role was Jimmy in the 1978 movie Team-Mates. He married decorator Victoria Kheel in 1987, and the couple had two sons before getting divorced in 2004. In 2002 he began dating Leslie Stefanson, who gave birth to his 3rd son in 2008. 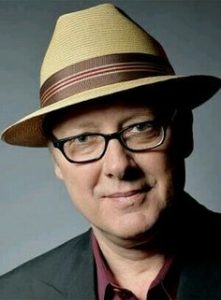 James Spader Facts:
*Both of his parents were teachers.
*He is a Bob Dylan fan.
*He has very poor eyesight, and cannot wear contact lenses.
*He is close friends with actors Christian Clemenson, Robert Downey Jr., Eric Stoltz and Jason Alexander.
*He loves cooking and is an excellent chef.
*Follow him on Twitter.