Lil Pump is an American rapper and songwriter born in Miami, Florida. Pump is best known for the hit singles “D Rose,” “ELEMENTARY” and “Gucci Gang!”. He first gained fame through his Instagram following. He released his debut mixtape, Lil Pump, on October 6, 2017. Born in Miami, Florida, on August 17, 2000, his real name is Gazzy Garcia. His his song “Gucci Gang” peaked at number three on the US Billboard Hot 100. 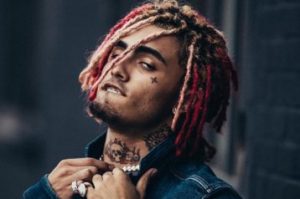 Lil Pump Facts:
*He was born and raised in Miami, Florida.
*He has collaborated with rappers such as Lil Water and Lil Tex.
*In 2016, he went on the In The Meantime tour with Lil Water.
*He was inspired by Lil Scrappy to team up with Lil Tex.
*Follow him on Twitter, YouTube, Soundcloud, Facebook and Instagram.