Jamie Foxx is an American actor, comedian, singer-songwriter, television host and producer. He is best known for his portrayal of Ray Charles in the 2004 biographical film Ray, for which he won the Academy Award, BAFTA, Screen Actors Guild Award, Critics’ Choice Movie Award and Golden Globe Award for Best Actor. Other notable acting roles include Max in Collateral, Django Freeman in Django Unchained, Dean “MF” Jones in Horrible Bosses, Nathaniel Ayers in The Soloist, and Will Stacks in Annie. He had his own show, The Jamie Foxx Show. As a singer, Foxx has so far released five albums: Peep This, released in 1994, Unpredictable, released in 2005, Intuition, released in 2008, Best Night of My Life, released in 2010, and Hollywood: A Story of a Dozen Roses, released in 2015. 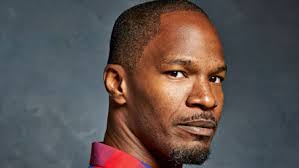 Jamie Foxx Facts:
*He was born on December 13, 1967 in Terrell, Texas, USA.
*His parents are Louise Annette Talley Dixon and Darrell Bishop.
*He started playing piano at five.
*He was a football quarterback in high school.
*He started his career as a stand up comedian.
*He was selected one of People Magazines 50 Most Beautiful People of 2005.
*He dated actress Meagan Good from 2003 to 2006.
*He dated Katie Holmes for six years.
*He is best friends with Garcelle Beauvais.
*He is a big fan of the Miami Heat basketball team and professional wrestling.
*He is friends with Terrence Howard, Idris Elba, Amber Rose, Tom Cruise, Meagan Good, Luenell and Odell Beckham Jr..
*He has two daughters, Corinne and Annalise Foxx.
*He is a lifelong Democrat.
*Visit his official website: www.jamiefoxxmusic.com
*Follow him on Twitter, YouTube, SoundCloud, Facebook and Instagram.