Jamie Lynn Spears is an American actress, singer and songwriter. She is best known for playing the role of Zoey Brooks on the Nickelodeon teen sitcom Zoey 101 from 2005 to 2008, for which she won a Young Artist Award for Best Young Ensemble Performance In a Television Series in 2007. As a singer, she released her debut single “How Could I Want More” on November 25, 2013. Born as Jamie Lynn Marie Spears in McComb, Mississippi, on April 4, 1991, to Jamie and Lynne Spears, she is the younger sister of recording artist Britney Spears and Bryan Spears. She attended Parklane Academy, where she was a cheerleader and point guard of the basketball team. She made her acting debut in the 2002 drama film Crossroads, along with her sister Britney and Zoe Saldana. She was in a relationship with Casey Aldridge from 2005 to 2009, with whom she had a daughter, Maddie Briann Aldridge, in 2008. She married James Watson in March 2014. She announced she was pregnant with her second child in December 2017. 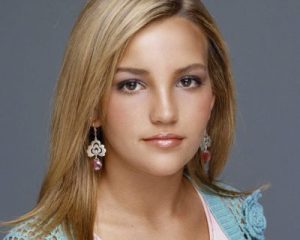 Jamie Lynn Spears Facts:
*She is the younger sister of Britney Spears and Bryan Spears.
*She was a cheerleader and member of the basketball team while in high school.
*She won a Kids’ Choice Award for Favorite Television Actress in 2006.
*She is good friend with Emma Roberts.
*Visit her official website: www.jamielynnspears.com
*Follow her on Twitter, YouTube, Facebook and Instagram.