Jessica Capshaw is an American actress born in Columbia, Missouri. She is most famous for her portrayal of Jamie Stringer in The Practice and Dr. Arizona Robbins on the ABC medical drama Grey’s Anatomy. Her notable film credits include Valentine, Minority Report, The Groomsmen and Blind Trust. Born as Jessica Brooke Capshaw on August 9, 1976 in Columbia, Missouri, to Kate and Robert Capshaw, she belongs to English, German, Scottish, Belgian (Walloon), and French descent. She is a Brown University graduate with an English degree. She has been married to Christopher Gavigan since May 22, 2004. They have four children. 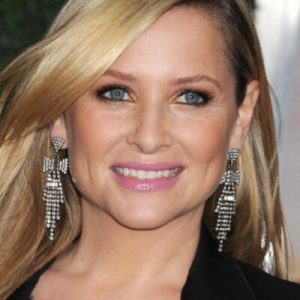 Jessica Capshaw Facts:
*Her parents divorced when she was three years old.
*She became recognized for her as Jamie Stringer on ABC’s The Practice.
*She is best friends with Sasha Alexander.
*Follow her on Twitter and Instagram.