Jana Čepelová is a Slovak professional tennis player who achieved a career-high singles ranking of World No. 50 on 12 May 2014, and a doubles ranking of world No. 158 on 18 May 2015. Having turned professional in 2012, Čepelová has won seven singles and three doubles titles on the ITF Women’s Circuit. Her best achievement on the WTA Tour was at the third round of the 2012 and 2016 Wimbledon Championships.

Born on May 29, 1993 in Košice, Slovakia, to parents Jarmila and Peter Čepel, she has a brother named Roman. Jana began playing tennis at the age of four. 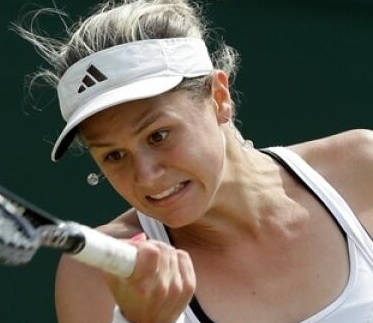 Jana Čepelová Facts:
*She was born on May 29, 1993 in Košice, Slovakia.
*She started playing tennis at the age of four.
*She won the girls’ doubles at the 2010 Australian Open with Chantal Škamlová as a junior. They also won silver medal in doubles at 2010 Summer Youth Olympics.
*She turned professional in 2012.
*She has a career-high singles ranking of No. 50.