Janelle Monae is an American R&B singer, actress, and model signed to her own imprint, Wondaland Arts Society, and Atlantic Records. She released her first studio album, The ArchAndroid in 2010. In 2012, she was featured on fun’s four-times Platinum-certified single, “We Are Young,” which reached #1 on the Billboard Hot 100 chart. She has received six Grammy Award nominations. Monáe was born Janelle Monáe Robinson on December 1, 1985 in Kansas City, Kansas, USA. Her father was a truck driver and her mother was a janitor. She had the desire of being a performer on the stage from a very young age. She moved to New York from Kansas to study theatre at the American Musical and Dramatic Academy. 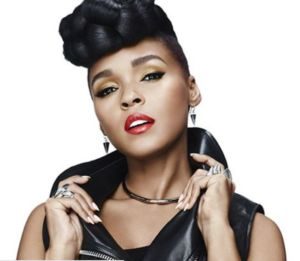 Janelle Monae Facts:
*She is an only child of her parents.
*As a child, she used to sing on holidays and Sundays at the local Baptist church.
*She was the only black female student in her class, at the American Musical and Dramatic Academy.
*Follow her on Twitter, Myspace, YouTube, Facebook and Instagram.