Janina Gavankar is an American actress and musician. She is best known for roles such as Luna in the HBO vampire drama True Blood, Eva ‘Papi’ Torres in the Showtime drama series The L Word, Shivakamini Somakandarkram in the FX television series The League, Det. McKenna Hall in The CW series Arrow, and Meredith Bose on NBC’s The Mysteries of Laura. Gavankar’s other notable works include Blindspotting, The Gates, Traffic Light, The Vampire Diaries, Nikki & Nora: The N&N Files, and Sleepy Hollow. Born Janina Zione Gavankar on November 29, 1980 in Joliet, Illinois, USA, to parents Shan-de-Mohra and Pete Gavankar, she is of Indian descent on her father’s side, and of Dutch and Indian descent on her mother’s side. Her sister, Sonya Gavankar, is a journalist and former Miss District of Columbia 1997. Janina attended the University of Illinois at Chicago, where she majored in Theatre Performance. She debuted as Mina in the 2001 film Why Is God. 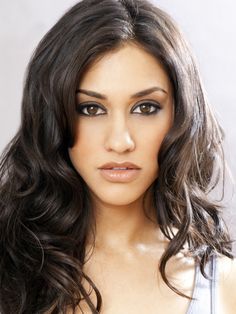 Janina Gavankar Facts:
*She was born on November 29, 1980 in Joliet, Illinois, USA.
*Her dad first traveled to the United States to pursue a master’s degree, and her mom was from Pune, Maharashtra, who also emigrated to the United States from India.
*She is trained as a vocalist, pianist, and orchestral percussionist.
*She was nominated for an Asian Excellence Award in 2008.
*She received the Gravity Summit Award for Excellence in Social Media in 2012.
*She released a cover of Kanye West’s “Love Lockdown”.
*She is the founder of the lifestyle brand altFound.
*She is the niece of author and director Nilu Gavankar.
*Visit her official website: www.janinagavankar.com
*Follow her on Twitter, Tumblr, YouTube, Facebook and Instagram.