Jason Bateman is an American actor, director, and producer. He is best known for his role as Michael Bluth in the Fox/Netflix series Arrested Development (2003–2006, 2013, 2018–2019), receiving a Golden Globe and a Satellite Award. He has also starred in the films Teen Wolf Too, The Break-Up, Juno, Hancock, Up in the Air, Couples Retreat, Extract, The Switch, Horrible Bosses and its sequel, The Gift, Office Christmas Party, Zootopia, and Game Night. Bateman made his directorial debut with the 2013 black comedy Bad Words, in which he also starred. In 2020, Bateman directed and had a recurring role in the HBO miniseries The Outsider. 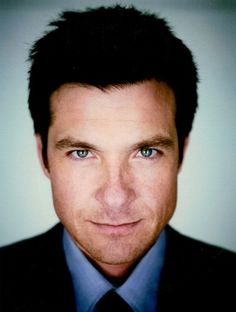 Born Jason Kent Bateman on January 14, 1969 in Rye, New York, to parents Victoria Elizabeth and Kent Bateman, he is the younger brother of actress Justine Bateman. He was educated at Pacific Hills School in West Hollywood, Los Angeles, California. He first achieved fame as a teen actor in the sitcoms Silver Spoons and The Hogan Family. He married actress Amanda Anka on July 3, 2001. They have two children together.

Jason Bateman Facts:
*Born on January 14, 1969 in Rye, New York, his ancestry includes English, Scottish, Maltese, Swiss-German, Swedish, and Danish.
*He has suffered from alcohol and drug abuse in the past.
*He wanted to be an actor since the age of 10 and began acting at the age of 12.
*He made his television debut in 1981 on Little House on the Prairie.
*He starred as Michael Bluth on Fox Television’s Arrested Development.
*He received his star on the Hollywood Walk of Fame on July 26, 2017.
*He enjoys playing golf.
*He has a pet dog.
*Follow him on Twitter.