Jason Blum is an American film and television producer, best known as the founder and CEO of Blumhouse Productions, which produced the horror franchises Paranormal Activity, Insidious, and The Purge. He has also produced such films as Sinister, Oculus, The Gift, Hush, Split, Ouija: Origin of Evil, Get Out, Happy Death Day, Upgrade, Halloween, Us, and The Invisible Man. Blum won the Primetime Emmy Award for Outstanding Documentary or Nonfiction Series for the documentary miniseries The Jinx (2015). Born Jason Ferus Blum on February 20, 1969 in Los Angeles, California, to parents Shirley and Irving Blum, his father was Jewish. Blum began his career as the producing director of the Malaparte theater company, which was founded by Ethan Hawke. In July 2012, Blum married journalist Lauren A.E. Schuker. They have two children. 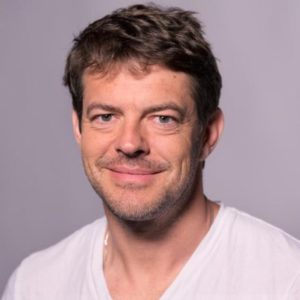 Jason Blum Facts:
*He was born on February 20, 1969 in Los Angeles, California, USA.
*His father was an independent art dealer and director of the Ferus Gallery and his mother was an art professor.
*He graduated in 1991 from Vassar College.
*He founded Blumhouse Productions in 2000.
*He has produced over 75 films and TV series throughout his career.
*Follow him on Twitter and Instagram.