American singer and songwriter whose debut single “Whatcha Say”, reached #1 on the Billboard Hot 100 and was certified triple platinum by the Recording Industry Association of America (RIAA). Other hit singles include “Wiggle”, “In My Head”, “Want to Want Me”, “Talk Dirty” and “Ridin’ Solo”. Derulo has written songs for many artists, including Lil Wayne, Pitbull, Birdman, Donnie Klang, Sean Kingston, Pleasure P and Cassie. Born Jason Joel Desrouleaux on September 21, 1989 in Miami, Florida, to Haitian parents, Derulo started singing at a young age. He was in a relationship with singer Jordin Sparks from 2011 to September 2014. 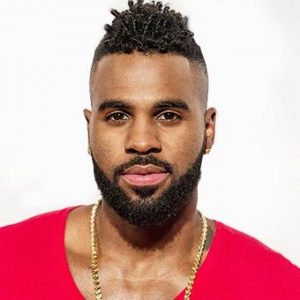 Jason Derulo Facts:
*He was born on September 21, 1989 in Miami, Florida, USA.
*His parents are Jocelyne Desrouleaux and Joel Desrouleaux.
*He studied opera and ballet at the Dillard Center for the Arts.
*At the age of 16, Derulo began writing songs for Diddy and Danity Kane.
*His self-titled debut studio album, was released on March 2, 2010 and reached #11 on the Billboard 200.
*His fourth album Everything Is 4 (2015), produced the worldwide hit single “Want to Want Me”, which topped the UK Singles Chart for four weeks.
*He and singer Jordin Sparks dated for three years. (2011-2014)
*Visit his official website: www.jasonderulo.com
*Follow him on Twitter, YouTube, SoundCloud, Facebook and Instagram.