Hannah Alligood is an American actress. She is best known for starring as Frankie Fox on the FX television comedy series Better Things, and for her role as young Margo in the 2015 film Paper Towns, for which she was nominated for a Young Artist award in the Supporting Actress category. Alligood also played minor roles in the films Allegiant and Miracles from Heaven. 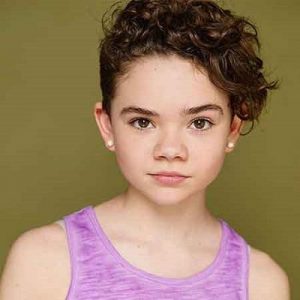 Hannah Alligood Facts:
*Born on June 28, 2003 in Birmingham, Alabama, she has a younger sister named Avery.
*She performed on stage in church, local theatre, private instruction, and school from a very young age.
*In 2015, she appeared as Annabel in an episode of the SONY Playstation Network original series Powers.
*In 2015, she was nominated for a Young Artist award in the Supporting Actress category for her performance as young Margo in the film, Paper Towns.
*Follow her on Twitter and Instagram.