Jason Mraz is an American singer-songwriter and acoustic guitarist born in Mechanicsville, Virginia. He first gained attention in the San Diego coffee shop scene in 2000. He released his debut studio album, Waiting for My Rocket to Come, in 2002, which contained the hit single “The Remedy (I Won’t Worry)”. His hit single “I’m Yours” spent 76 weeks on the U.S. Hot 100 chart. Born Jason Thomas Mraz on June 23, 1977 in Mechanicsville, Virginia to June Tomes and Tom Mraz, his parents divorced when he was four years old. Since October 25, 2015, he has been married to Christina Carano. He was previously married to makeup artist Sheridan Edley from 2001 to 2001. 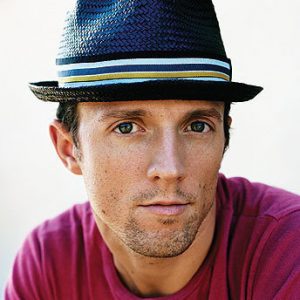 Jason Mraz Facts:
*His parents got divorced when he was four years old.
*His last name “Mraz” means “frost” in Czech.
*He was a cheerleader while in high school.
*He used to play weekly shows at the world-famous Java Joe’s in Ocean Beach, CA.
*He was once engaged to singer-songwriter and former Roxy model Tristan Prettyman.
*He owns an avocado farm.
*Visit his official website: www.jasonmraz.com
*Follow him on Youtube, Myspace, Twitter, Facebook and Instagram.