Talulah Riley is an English actress born in Hertfordshire, England. She is known for her roles in films, such as Pride & Prejudice, St Trinian’s, The Boat That Rocked, St Trinian’s 2: The Legend of Fritton’s Gold and Inception, and in the television Poirot, Marple, Doctor Who and the HBO television series Westworld. She had her stage debut in The Philadelphia Story at the Old Vic in 2005. Born Talulah Jane Riley-Milburn in Hertfordshire, England, on September 26, 1985, to Una Riley and Doug Milburn, she is the only child of her parents. She was educated at Cheltenham Berkhamsted Collegiate School, Ladies College and Haberdashers’ Aske’s School for Girls. She was married to Tesla motors co-founder Elon Musk twice. 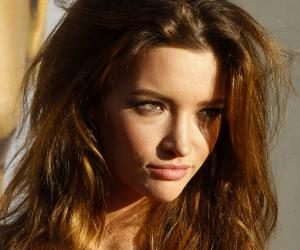 Books: Acts of Love, Acts of Love: a Sizzling and Sexy Escapist Romance Perfect for Summer

Talulah Riley Facts:
*She is the only child of her parents.
*She was featured on the cover of Esquire magazine’s March 2010 issue.
*She worked with Leonardo DiCaprio in the 2010 film Inception.
*She is close friends with Tamsin Egerton.
*Follow her on Twitter and Instagram.