Jassita Gurung is a Nepalese actress and model who played Shurtee in the 2018 drama romance film Lily Bily opposite Pradeep Khadka. Born on May 16, 1996 in Pokhara, Nepal, Jassita grew up in United Kingdom with her parents and relatives. She has a sister Nicky and brother Ajay. Jassita was educated at The Henry Beaufort School and Peter Symonds College. 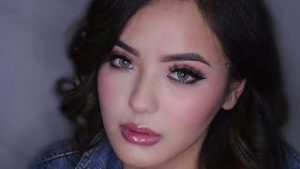 Jassita Gurung Facts:
*She was born on May 16, 1996 in Pokhara, Nepal.
*Her father is retired Army and her mother is housewife.
*She spent most of her growing years in United Kingdom.
*She made her film debut in Lily Bily (2018) starring with Pradeep Khadka, Priyanka Karki, and Anoop Bikram Shahi.
*Follow her on Facebook and Instagram.