Spanish actor of film, television and stage who won the Academy Award for Best Supporting Actor for his role as the psychopathic assassin Anton Chigurh in the Joel and Ethan Coen’s modern western drama film No Country for Old Men. Bardem is also known for his roles in Skyfall, Biutiful, Vicky Cristina Barcelona, Boca a boca, Vicky Cristina Barcelona, Dune, Before Night Falls, Jamón, jamón and in Pirates of the Caribbean: Dead Men Tell No Tales. 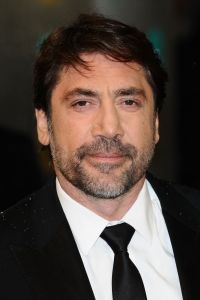 Born Javier Ángel Encinas Bardem on March 1, 1969 in Municipality of Las Palmas, Spain, to parents Pilar Bardem and José Carlos Encinas Doussinague, he is the younger brother of Carlos Bardem and Mónica Bardem. He has been married to Penélope Cruz since 2010. They have a daughter named Luna and a son named Leo.

Javier Bardem Facts:
*Born on March 1, 1969 in Municipality of Las Palmas, Spain, he was raised in the Roman Catholic faith.
*He is of Basque descent on his father’s side, and of Catalan descent on his mother’s side.
*He played rugby for the Spanish National Team.
*Empire magazine placed him at the #73 spot on the list featuring 100 Sexiest Stars in film history in 2007.
*He became ambassador of Greenpeace for the protection of Antarctica in January 2018.
*He is good friends with Tom Cruise and Josh Brolin.
*Follow him on Twitter.