Jaya Ahsan is a Bangladeshi actress and producer who appears mainly in Bangladeshi and Indian Bengali films. She is best known for her roles in the films Guerrilla, Chorabali, Zero Degree, Bishorjan and Debi. Born Jaya Maswood on July 1, 1972 in Dhaka, Bangladesh, to parents A. S. Maswood and Rehana Maswood, she has a younger sister and brother. She took diploma courses in Indian classical music and Rabindra Sangeet. She started her career as a model and made her television debut in the teledrama Panchami. She made her film debut as a guest artiste in the film Bachelor (2004). On May 14, 1998, she married television model Faisal Ullah Khan. 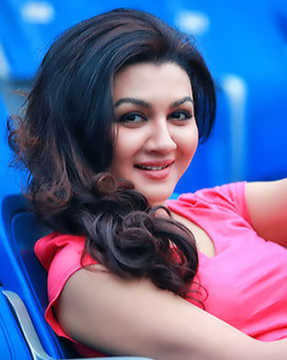 Jaya Ahsan Facts:
*She was born on July 1, 1972 in Dhaka, Bangladesh.
*She started her career as a model.
*She first appeared on television in a promotional advertisement for Coca-Cola in 1997.
*She won Bangladesh National Film Award for Best Actress four times for her roles in the films Guerrilla, Chorabali, Zero Degree and Debi.
*She practices painting and crafting.
*Follow her on Facebook and Instagram.