Jaymi Hensley is an English singer, actor and reality TV personality. He is best known as a former member of the Top British boy band, Union J, who finished fourth on The X Factor in 2012. Hensley has also appeared in various films and shows including Sweat the Small Stuff, Big Brother’s Bit on the Side, and Stage School. He appeared on the fourth series of Celebrity Coach Trip alongside JJ Hamblett in January 2019. 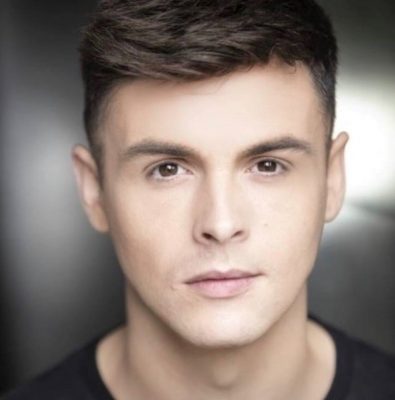 Born James William Hensley on February 24, 1990 in Luton, England, to parents Jackie and David Hensley, he has a brother named Aaron. Hensley was one of the founding members of the pop band Triple J before the group expanded to Union J. He has been in a long-term relationship with Olly Marmon since September 24, 2009. They became engaged in 2014.

Jaymi Hensley Facts:
*He was born on February 24, 1990 in Luton, England.
*His full name is James William Hensley.
*He was an original member of Triple J.
*In 2012, he finished at 4th place on The X Factor (UK).
*He publicly came out as gay while competing on The X Factor.
*He appeared with singer Sinitta on Pointless Celebrities, a celebrity edition of the BBC game show Pointless in 2015.
*He is a huge fan of the Twilight Saga.
*He has 17 tattoos inked across his body.
*He has been in a relationship with Olly Marmon since 2009.
*Follow him on Twitter, Facebook and Instagram.