JJ Hamblett is an English singer and actor. He is best known as a former member of the Top British boy band, Union J, who competed on the popular TV talent show The X Factor UK in 2012. JJ made his feature film debut as Parker in ‘Tango One’ (universal) in 2018. He played ‘Bobby Warren’ in the feature film ‘Once Upon A Time In London’ and starred as the lead in short film ‘Ethel’ alongside Miriam Margolyes. JJ appeared on the fourth series of Celebrity Coach Trip alongside Jaymi Hensley in January 2019. 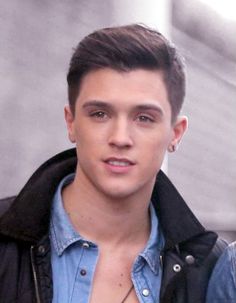 Born on May 25, 1988 in Newmarket, Suffolk, UK, his full name is Jamie Paul Hamblett. He was a founding member of the boy group Triple J before joining the boy band Union J on The X Factor. He has a son, Princeton J Alexander with his ex-girlfriend Caterina Andorfer Lopez.

JJ Hamblett Facts:
*He was born on May 25, 1988 in Newmarket, United Kingdom.
*He was a competitive horse jockey until he was 21, and won 24 races.
*He was the oldest member of the Top British boy band, Union J.
*He was one of the three original members of Triple J.
*He is a huge fan of Canadian singer-songwriter Justin Bieber.
*Follow him on Twitter, YouTube and Instagram.