Jeffrey Wright is an American actor of film, television and stage. He is best known for his portrayal of Belize on the acclaimed HBO television miniseries Angels in America (2003), which earned him Primetime Emmy Award, Tony Award as well as a Golden Globe award. He also played Dr. Valentin Narcisse in the HBO series Boardwalk Empire from 2013 to 2014. Wright has also starred in such films as Basquiat (1996), Casino Royale (2006), Quantum of Solace (2008), and The Hunger Games films. In 2016, she began starring in the HBO series Westworld. Born on December 7, 1965 in Washington, D.C., USA, his father died when he was a year old and was raised by his mother and aunt. Following graduation from St. Albans School, he studied Political Science at Amherst College, and graduated in 1987. He also won an acting scholarship to New York University (NYU), but dropped out after only two months to act full time. He married actress Carmen Ejogo in 2000, and the couple had a son named Elijah and a daughter named Juno before getting divorced in 2014. 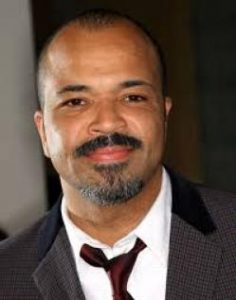 Jeffrey Wright Facts:
*He was born on December 7, 1965 in in Washington, District of Columbia, USA.
*He is a 1987 graduate of Amherst College.
*He received an honorary degree from Amherst College in 2004.
*He friends with Adrian Pasdar.
*Follow him on Twitter and Instagram.