Jemima Kirke was born on April 26, 1985 in London, England, the daughter of drummer Simon Kirke and vintage boutique owner, Lorraine Kirke. Although born in London, Kirke was raised in New York City. She is an actress best known for her role as Jessa Johansson on the television series Girls. She married lawyer Michael Mosberg in 2009. They have two children: daughter Rafaella Israel and son Memphis Kirke. In January 2017, it was announced Kirke and Mosberg had separated. 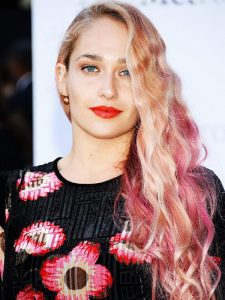 Jemima Kirke Facts:
*Sister of actress Lola Kirke.
*Met husband Michael in a doctor’s office when she had bronchitis.
*She is a visual artist, which is her top priority, and feels that acting is secondary.
*Follow her on Twitter and Instagram.