Jennifer Stone was born on February 12, 1993 as Jennifer Lindsay Stone in Arlington, Texas, the daughter of Selena and David Stone. She is an actress best known for playing Harper Finkle on the Disney Channel series Wizards of Waverly Place, and the main character of Harriet the Spy: Blog Wars. She also appeared in the feature film Secondhand Lions with Michael Caine and Robert Duvall. Jenn is very beautiful lady with auburn reddish hair. Her eye color is brown. 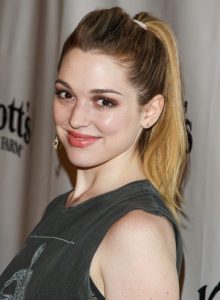 Jennifer Stone Facts:
*She bagan her career at age 6.
*She had a voice acting role as Amanda in an episode of Phineas and Ferb in 2009.
*She began dating Dan Benson in 2011.
*Friend of Selena Gomez.
*Follow her on Twitter, Facebook and Instagram.