Jennifer Gimenez is an American model, actress and reality star. She is known for her roles in television, such as The Bold and the Beautiful and Karen Sisco, and in the films Blow, Vanilla Sky, and Charlie’s Angels: Full Throttle. Gimenez has also appeared in music videos for Babyface, Tupac Shakur and Mick Jagger. Born on April 16, 1977 in USA, she is of Argentinean descent. She lived in Argentina until she moved back to the US at the age of 6. At 13, Gimenez was discovered by top photographer, Bruce Weber, and ascended to stardom as an international model. 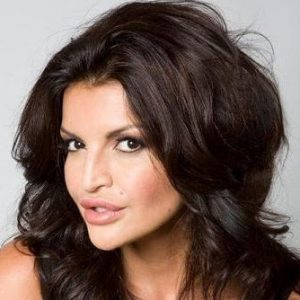 Jennifer Gimenez Facts:
*She was born on April 16, 1977 in USA.
*She belongs to Argentinean descent.
*She was discovered at the age of 13 by photographer Bruce Weber.
*She has appeared in campaigns for many important fashion houses such as Calvin Klein and Guess.
*She was ranked #77 on Maxim magazine’s 2001 Hot 100 list
*Visit her official website: www.jenngimenez.com
*Follow her on Twitter, Facebook and Instagram.