Marjorie Estiano is a Brazilian actress, singer and television host. She came to prominence after being cast as Natasha in the Rede Globo teen series Malhação. She is also known for her roles in the films Time and the Wind, Beatriz, Garoto and Entre Irmãs. She portrayed Manuela Fonseca in the 2011 telenovela A Vida da Gente, and played the protagonist Laura Assunção in the 2012 telenovela Lado a Lado. As a singer, she released her debut album, ‘Marjorie Estiano’ in 2005. Born Marjorie Dias de Oliveira on March 8, 1982 in Curitiba, Paraná, Brazil, to parents Eurandir Lima de Oliveira and Marilene Dias, she’s the second of three siblings. She studied Scenic Arts in Escola Estadual do Paraná and moved to São Paulo, where she studied music for two years in Faculdade Paulista de Artes. 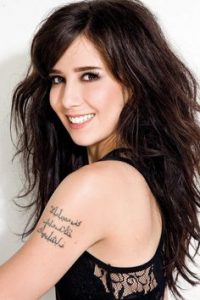