Jeremy Ratchford is a Canadian actor. He is best known for his portrayal of Nick Vera in the TV series Cold Case. Ratchford’s other notable television performances include: The Campbells, Blue Murder, and The Busy World of Richard Scarry. His notable film appearances include: Leatherheads, Jersey Boys, Small Town Crime, Unforgiven and Fly Away Home. Born on August 6, 1965 in Kitchener, Ontario, Canada, he attended Kitchener Waterloo Collegiate and Vocational School. He started his acting career doing voice acting for the animated series, Check It Out at age twenty. He is married to Tori Ratchford, with whom he has two sons, Dexton and Revel. 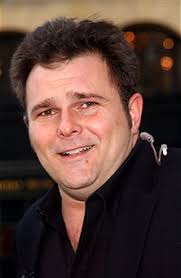 Jeremy Ratchford Facts:
*He was born on August 6, 1965 in Kitchener, Ontario, Canada.
*He provided the voice of Banshee/Sean Cassidy in the American animated television series, X-Men.
*Ratchford has brought to life the character of Sean Cassidy (Banshee) in two different projects; “Generation X” and “X-Men” cartoon.
*Follow him on Twitter.