Jeremy Renner is an American actor, musician and songwriter. He is best known for his roles in the films The Avengers, Avengers: Age of Ultron, Thor, Captain America: Civil War, Avengers: Endgame, Mission: Impossible – Ghost Protocol, S.W.A.T., 28 Weeks Later, The Town, The Bourne Legacy, The Hurt Locker, Hansel and Gretel: Witch Hunters, American Hustle, Mission: Impossible – Rogue Nation, and Arrival. Renner released his first extended play, “The Medicine” in March 2020. Born Jeremy Lee Renner on January 7, 1971 in Modesto, California, to parents Valerie (Tague) and Lee Renner, Renner is the oldest of seven siblings. He is of German, English, Scottish, Swedish, Irish and Panamanian descent. He graduated from Fred C. Beyer High School in Modesto in 1989, and studied computer science and criminology at Modesto Junior College. He first became interested in acting through an exercise at a local police academy. Renner began his career by appearing in independent films such as Neo Ned and Dahmer. In 2014, he married Sonni Pacheco with whom he had a daughter named Ava in 2013. They divorced in 2015. 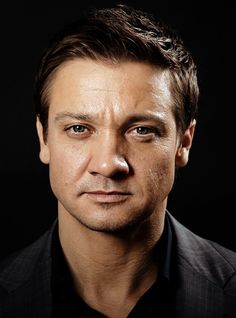 Jeremy Renner Facts:
*He was born on January 7, 1971 in Modesto, California, USA.
*His parents married when they were teenagers and had 7 children.
*His father managed McHenry Bowl, a Modesto bowling alley, in the 1980s.
*His parents got divorced when he was ten years old.
*He graduated from Beyer High School and attended Modesto Junior College.
*He made his film debut as an underachieving student in the 1995 comedy National Lampoon’s Senior Trip.
*He received the Best Actor Award at the Palm Beach International Film Festival for his performance in Neo Ned.
*He was in a relationship with actress Jes Macallan from 2005 to 2010.
*He is good friends with Colin Farrell.
*He is a fan of the San Francisco 49ers.
*Follow him on Twitter, Tumblr, YouTube, Facebook and Instagram.