Jeremy Sisto is an American actor, producer, and writer. He is best known for his portrayal of Billy Chenowith on HBO’s Six Feet Under, and for his role as NYPD Detective Cyrus Lupo on NBC’s Law & Order. He starred in the comedy Clueless, the biblical television film Jesus, the drama Thirteen, and the horror film Wrong Turn. Sisto played the role of bigoted Southerner Shane Mungitt in Richard Greenberg’s play Take Me Out and starred as Michael Klingenfelt in Festen on Broadway. From 2011 to 2014, he starred as George Altman in the ABC sitcom Suburgatory, and played Freddy Green in the Audience Network drama series Ice from 2016 to 2018. In 2018, Sisto began starring as Assistant Special Agent-in-Charge Jubal Valentine in the CBS drama series FBI. 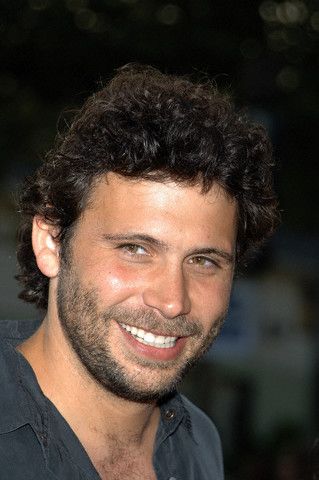 Born Jeremy Merton Sisto on October 6, 1974 in Grass Valley, California, to parents Reedy Gibbs, an actress, and Richard “Dick” Sisto, a jazz musician and educator, he is the younger brother of actress Meadow Sisto. Jeremy was educated at Francis W. Parker School and University of California. He has been married to Addie Lane since October 14, 2009. They have two children. He was previously married to Marisa Ryan.

Jeremy Sisto Facts:
*He was born on October 6, 1974 in Grass Valley, California, USA.
*His parents divorced when he was just 4 years old
*His middle name was for Trappist philosopher and author Thomas Merton.
*He worked at a Subway sandwich shop briefly before entering films.
*He likes to play boccie (Italian bowling) and play his guitar in his spare time.
*Follow him on Twitter and Instagram.