German professional table tennis player who is a left-handed-player and uses the Shakehand-grip. Boll currently plays for Borussia Düsseldorf, and is ranked second in the German Table Tennis National League, and sixth in the ITTF world rankings as of June 2019. Boll won a bronzemedal in the singles at the World Championships 2011 in Rotterdam. He ranks among the best German table tennis players of all time, having ranked world No. 1 in 2003, 2011 and in March 2018. 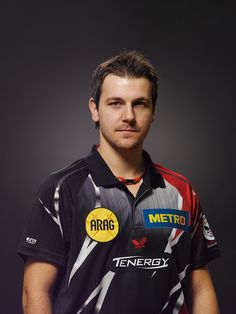 Born on March 8, 1981 in Erbach im Odenwald, Germany, to parents Gudrun and Wolfgang Boll, Timo began to play table tennis at the age of 4 and was coached at the time by his father. He married Rodelia Jacobi on December 31, 2002. Together they have one daughter, Zoey Malaya.

Timo Boll Facts:
*He was born on March 8, 1981 in Erbach im Odenwald, Germany.
*He began playing table tennis at age four with his father in their old cellar.
*He joined TSV Hochst at the age of 6.
*At age 14, he held the title of youngest player in the national league.
*He was ranked as a top-ten player worldwide for the first time in 2002.
*He has been sponsored by Butterfly table tennis since 1993.
*Visit his official website: www.timo-boll.de
*Follow him on Twitter, Facebook and Instagram.