Jerry Ferrara is an American actor. He is best known for his portrayal of Turtle on the HBO comedy series Entourage, and for his role as Joe Proctor on the Starz drama series Power. In 2017, Ferrara recurred as Kirk Zehnder in USA’s hit conspiracy drama Shooter. His notable film appearances include: Brooklyn Rules, Think Like a Man, Empire State, Think Like a Man Too, Flight 7500, and Entourage. 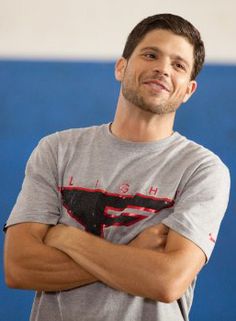 Born Jerry Charles Ferrara on November 25, 1979 in Brooklyn, New York, he is of Italian descent. Ferrara graduated from New Utrecht High School, and began studying theater in college, where he was inspired by a teacher to pursue a career in acting. He has been married to Breanne Racano since June 30, 2017. They have two children.

Jerry Ferrara Facts:
*He was born on November 25, 1979 in Brooklyn, New York, USA.
*He was discovered when working at a Boston Market restaurant in Los Angeles.
*He is co-founder of Fat Sal’s deli in West Hollywood, California.
*He dropped weight and lost 60 pounds with a new outlook on health and fitness in 2010.
*He is a diehard New York Yankees, New York Knicks, and New York Giants fan, a topic referenced in several episodes of Entourage.
*He was once in a relationship with actress Jamie Lynn Sigler.
*Follow him on Twitter, Facebook and Instagram.