Jesse McCartney is an American singer, songwriter, actor and voice artist. He first gained fame by playing JR Chandler on the soap opera All My Children. He later joined the boy band Dream Street, and eventually branched out into a solo musical career. He has also done voice work in the Alvin and the Chipmunks film series and video game series Kingdom Hearts. He released his first full length album on September 28, 2004. His song, “Beautiful Soul” was an instant hit and the album of the same title was certified platinum on February 24, 2005. Born Jesse Abraham Arthur McCartney on April 9, 1987 in New York City, New York, to Scot and Ginger McCartney, he has a younger brother, Tim, and a younger sister, Lea. He belongs to Scottish, English, Irish and German descent. He started performing in local community musicals when he was seven. 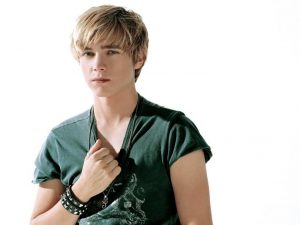 Jesse McCartney Facts:
*He is the oldest of three children.
*He is of Scottish, English, Irish and German descent.
*He started performing at the age of 7 in local community musicals.
*He was a member of boy band, Dream Street.
*At age 13, he went bungee jumping.
*Visit his official website: www.jessemac.com
*Follow him on Twitter, YouTube, Facebook and Instagram.