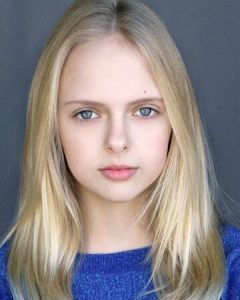 Jessica Belkin Facts:
*She was born on May 16, 2002 in Los Angeles, California, USA.
*In 2011, she was appeared on the ABC7 local news in Los Angeles.
*She starred alongside Sarah Paulson, Denis O’Hare and Angela Bassett on the fifth season of American Horror Story.
*Visit her official website: www.jessicabelkin.com
*Follow her on Twitter, Facebook and Instagram.