Jessica Jung is an American singer and actress, best known as a former member of South Korean girl group Girls’ Generation. Jung played Elle Woods in the Korean version of the musical Legally Blonde in 2010 and played a role in the television drama Wild Romance in 2012. She released her debut solo album With Love, J, on May 17, 2016, along with the lead single, “Fly”. She has modeled for brands such as Hyundai Motors and Cartier. In 2013, Jung began dating the CEO of the Coridel Entertainment, Tyler Kwon. 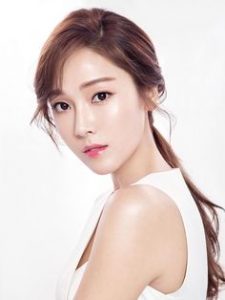 Jessica Jung Facts:
*She was born on April 18, 1989 in San Francisco, California, USA.
*She is the older sister of f(x) member Krystal Jung.
*She made her acting debut in 2009 as Elle Woods in a theater production of Legally Blonde.
*She was discovered at the mall by S.M. Entertainment.
*Her debut extended play, With Love, J peaked atop the Gaon Album Chart and spawned the top-ten single “Fly” featuring Fabolous.
*In 2016, she signed with Coridel Entertainment.
*In May 2018, she signed a contract with United Talent Agency.
*She has her own a fashion brand, Blanc & Eclare.
*She was ranked #5 individual on The 23rd Annual Independent Critics List of the 100 Most Beautiful Faces.
*She is close friends with actress, Min-Young Park.
*She is allergic to cucumbers.
*Follow her on YouTube and Instagram.