Actress Jessica Lange was born Jessica Phyllis Lange on April 20, 1949 in Cloquet, Minnesota, the daughter of Albert John Lange and Dorothy Sahlman. She belongs to Finnish, Dutch and German descent. She obtained a scholarship to study art at the University of Minnesota, but instead went to Paris to study drama. Lange made her professional film debut in 1976’s King Kong, beating out actresses Meryl Streep and Goldie Hawn for the role of damsel in distress. She has won several awards, including two Oscars, three Emmys, five Golden Globes, one SAG Award and three Dorian Awards. In addition to acting, Lange is a photographer with two published works,and is a humanitarian, holding a position as a Goodwill Ambassador for UNICEF, specializing in the HIV/AIDS epidemic in the Congo and Russia. Lange is very beautiful lady with Voluptuous figure and Deep sultry voice. 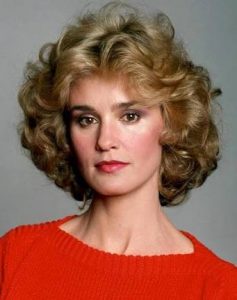 Jessica Lange Facts:
*She is of Finnish (mother) and Dutch and German (father) descent.
*She is a big supporter for rights of the Monks of Nepal.
*She was one of the favorite actresses of Benazir Bhutto.