Actor Allu Arjun was born on April 8, 1974 in Chennai, Tamil Nadu, India, the son of Nirmala and Allu Aravind. He is known for his work in Telugu cinema. He is well-known as stylish star for his unique way of acting and dancing. He made his acting debut in Gangotri, winning him many awards and nominations such as Santosham Best Young Performers Award. He has gone on to win awards for almost all of his following movies, establishing him as a talented actor. Arjun worked as a child artist in the film Vijetha and made a guest appearance in Daddy. He has been married to Sneha Reddy since 2011. They have two children, Ayaan and Arha. Arjun is also the grandson of the Telugu comedic actor Allu Ramalingaiah. His cousin Ram Charan Teja is also a Tollywood actor. 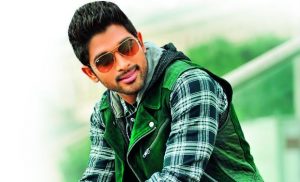 Allu Arjun Facts:
*Son of producer Allu Aravind and grandson of actor Allu Ramalingaiah. Actor Chiranjeevi is his uncle.
*He has two brothers, one is younger and the other is older than him.
*He made his debut as actor in K. Raghavendra Rao’s Gangotri (2003).
*Nephew of the famous Telugu actor Chiranjeevi.
*Follow him on Twitter, Facebook, Youtube and Instagram.