Jessica Lucas is a Canadian actress and singer who rose to prominence by portraying the role of Riley Richmond in the TV series “Melrose Place”, and Skye Yarrow in Cult. She is also known for her roles in television, such as Edgemont and Gotham, and in the films The Covenant, Cloverfield and the 2013 Evil Dead. Born and raised in Vancouver, Canada, she began acting at age seven, receiving training and instruction at Children’s Theater Arts. Her father is Afro-Canadian and her mother is caucasian. 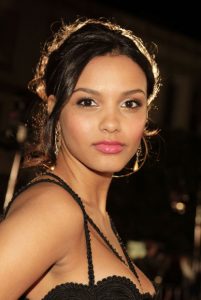 Jessica Lucas Facts:
*Her father is Afro-Canadian and her mother is caucasian.
*She began acting at the age of 7.
*She starred in the music video for Coldplay’s 2014 single “True Love”.
*Follow her on Twitter and Instagram.