Jessica Mulroney is a Canadian fashion stylist who became the stylist of Sophie Gregoire-Trudeau, the wife of Canadian Prime Minister, Justin Trudeau in November 2015. Jessica regularly does segments for Cityline. She has also acted as a consultant for the New York-based bridal store Kleinfeld’s. She’s also the co-founder of the cosmetics charity The Shoebox Project. Born Jessica Brownstein on March 14, 1980 in Canada, to Stephen Brownstein and Veronica Brownstein, she is the sister of Elizabeth Brownstein and John Brownstein. She graduated from McGill University. Jessica began her career in public relations before transitioning to fashion. She is married to the Canadian television host, Ben Mulroney with whom she has three children. 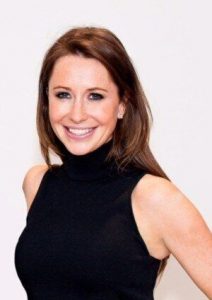 Jessica Mulroney Facts:
*She was born on March 14, 1980 in Canada.
*She is the daughter-in-law of former Canadian Prime Minister Brian Mulroney.
*Sister-in-law of Nicholas Mulroney, Mark Mulroney and Caroline Mulroney.
*She is a graduate of McGill University.
*She is best friends with actress Meghan Markle.
*Follow her on Twitter and Instagram.