Jessica Paré is a Canadian actress and singer, best known for her co-starring role as Megan Draper in the AMC’s period drama series Mad Men from 2010 to 2015. She also played roles in Hot Tub Time Machine, Stardom, Wicker Park, and Lost and Delirious. She was born on December 5, 1980 in Montreal, Canada. Her father, Anthony Paré, is chair of the Department of Educational Studies at McGill University. Her mother is Louise Mercier, a translator. She has a son named Blues Anthony Paré Kastner. Child’s father is her boyfriend, John Kastner. She was previously married to Joseph M. Smith. 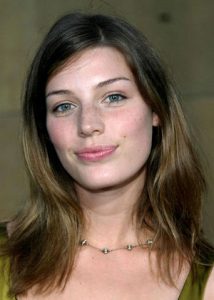 Jessica Pare Facts:
*She is fluent in English and French.
*She studied drama at TheatreWorks in NYC.
*She is a vegetarian.
*She attended Villa Maria, a private Catholic high school in Montreal.