Jessica Sutta is an American singer, dancer, and actress. She is best known as a member of the American pop/R&B girl group and dance ensemble the Pussycat Dolls whose debut single, “Sway”, was featured on the soundtrack of the 2004 film Shall We Dance? and achieved worldwide success with number-one singles “Don’t Cha”, “Stickwitu”, “Buttons”, and their multi-platinum debut album PCD (2005). Her debut solo single, “Show Me”, reached number one on the Billboard Dance Club Songs chart in the United States, and released her debut solo studio album titled I Say Yes on March 3, 2017. Jessica has also appeared in music videos for Craig David, Will Smith and Gloria Estefan, and movies including Bully, From Justin to Kelly and Bad Boys II as well as the Swedish soap opera, Ocean Ave. Born Jessica Lynn Sutta on May 15, 1982 in Miami, Florida, to parents Elizabeth and Stuart Sutta, she is of Ashkenazi Jewish (from a family from Russia and Poland) descent on her father’s side, and of Irish descent on her mother’s side. She has two older brothers named Kevin and Billy. She attended New World School of the Arts, and was the head cheerleader for the Miami Heat in 2001. Jessica appeared with band-mate Carmit Bachar in the music video for Beyoncé Knowles’s hit “Crazy In Love” before joining the pop group The Pussycat Dolls. She married her longtime boyfriend Mikey Marquart on September 14, 2019. 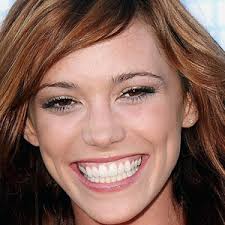 Jessica Sutta Facts:
*She was born on May 15, 1982 in Miami, Florida, USA.
*She started dancing at the tender age of 3 years old.
*She was a part of the Miami Heat dance team.
*Her career began as a singer in the girl group Pussycat Dolls in 2003.
*Her favorite movies are Zoolander, American Beauty and Superstar.
*Her favorite bands are Black Eyed Peas & Maroon 5.
*She has tattoo on her wrist.
*Follow her on Twitter, SoundCloud, Facebook and Instagram.