Jake Paul is an American YouTuber, social media influencer, actor and boxer, best known for his self-titled YouTube channel, which features comedy sketches, vlogs and songs. Paul starred as Dirk Mann on the Disney Channel series Bizaardvark for two seasons. He played Lance in the YouTube Red Original Movie Dance Camp and Dugan in the FOX Digital movie Mono. Born Jacob Joseph Paul on January 17, 1997 in Cleveland, Ohio, to parents Pam Stepnick and Greg Paul, he grew up in Westlake, Ohio with his older brother Logan, who is also a YouTuber and internet personality. He has dated Alissa Violet, Erika Costell, Tana Mongeau, and Julia Rose. 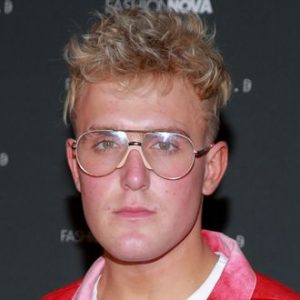 Jake Paul Facts:
*He was born on January 17, 1997 in Cleveland, Ohio, USA.
*He was a competitive wrestler and he trained to be a Navy Seal.
*He initially rose to fame on the now-defunct video app Vine where he would post six-second videos along with his brother, Logan Paul.
*He signed with the management company Shots Studios in 2020.
*Follow him on Twitter, YouTube, Facebook and Instagram.