Jessie Ware is an English singer and songwriter, best known for her 2012 single “Wildest Moments”. Jessie released her debut album, Devotion, in 2012, which achieved remarkable success, reaching at number five on the UK Albums Chart, followed by her second album, Tough Love in 2014. This album reached number nine in the United Kingdom. She released her third album, Glasshouse on 20 October 2017. She has collaborated with popular music artists such as Ed Sheeran, Nicki Minaj, Sampha, and Florence Welch. Born Jessica Lois Ware on October 15, 1984, in Hammersmith, London, England, she was raised in Clapham, London. She is the daughter of Helena and John Ware, and younger sister to actress Hannah Ware. She is of English descent on her father’s side, and of Jewish descent on her mother’s side. She attended Alleyn’s School in Dulwich, followed by the University of Sussex, where she earned a degree in English literature. She started her music career for the musical project SBTRKT as a backing vocalist. In 2014, she married her longtime boyfriend, Sam Burrows, with whom she has one daughter. 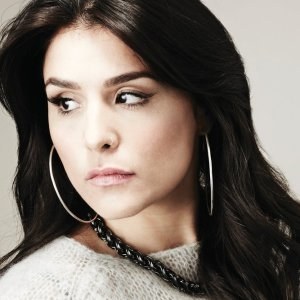 Jessie Ware Facts:
*She was born on October 15, 1984, in Hammersmith, London, England.
*Her parents divorced when she was 10 years old.
*She was signed to PMR Records.
*She used to work as a journalist at The Jewish Chronicle.
*She is longtime friend of singer-songwriter Adele and novelist E.L. James.
*Visit her official website: www.jessieware.com
*Follow her on Twitter, YouTube, Facebook and Instagram.