Ghada Adel is a Libyan-born Egyptian actress. She is best known for her starring roles in the films 55 Isaaf, Fi shaket Masr El Gedeeda, El basha telmiz, Mallaki Iskandariya, Eyal Habiba, and Al Watar. Born Ghada Adel Ibrahim on December 25, 1974 in Benghazi, Libya, to Adel Ibrahim, she has one sister named Maha Adel. She studied business administration at the Faculty of Commerce and Economics at the University of Qar Younis in Libya. She moved to Cairo, Egypt to pursue her acting career. She made her acting debut in 1998 in the comedy film Sa-eedi. She was married to film director Magdy El Hawary, and is the parent of five children: Mariam Magdy, Hamza Magdy, Ezzeldin Magdy, Mohamed Magdy, and Abdullah Magdy. 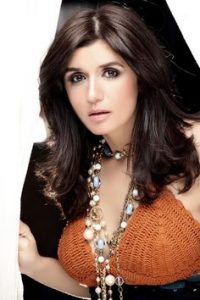 Ghada Adel Facts:
*She was born on December 25, 1974 in Benghazi, Libya.
*Her mother died when she was 4 years old
*She began her professional career with television commercials.
*She worked as a television presenter on the show Ana welli ahibbou.
*Follow her on Twitter, Facebook and Instagram.