American actor Jim Caviezel is most famous for his portrayal of Jesus Christ in the 2004 film The Passion of the Christ. He played Detective John Sullivan in the 2000 film Frequency. His other notable works include The Thin Red Line, Madison, Angel Eyes, Déjà Vu, I Am David, The Count of Monte Cristo and Bobby Jones: Stroke of Genius. His first role as an Airline Clerk was with the film My Own Private Idaho in 1991. Born as James Patrick Caviezel on September 26, 1968 in Mount Vernon, Washington, to Maggie Caviezel and James Patrick Caviezel, Sr., he has one brother, Tim, and three sisters, Ann, Amy and Erin. He is of Slovak and Swiss descent on his father’s side, and of English and Irish descent on his mother’s side. He has been married to Kerri Browitt Caviezel since 1996. He has three children; two sons, Bo and David and a daughter, Lyn. 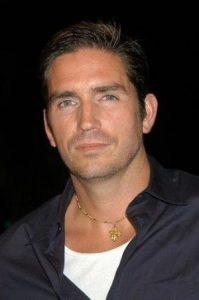 Jim Caviezel Facts:
*He was raised in a tight-knit Catholic family.
*He has 14 nieces and nephews.
*While in college, he played basketball, but took up acting after injuring his foot.
*He worked as a waiter and did some modeling for The Gap early in his career.
*He is a Republican.
*Follow him on Twitter and Facebook.